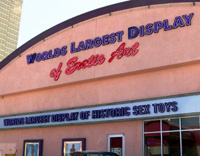 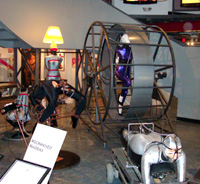 I was very interested in the various old-fashioned “peep show” devices on display. The exhibit includes several booths of the kind that were once standard outside every military base in the country; after depositing a coin, the serviceman would be presented with a short movie. Another booth, dating from about a century ago, was designed with two compartments separated by a window. The gentleman would sit on one side of the window while a lady on the other side would display her various talents and attributes for his amusement. Not so different from some Internet sites, but considerably less convenient for both parties. 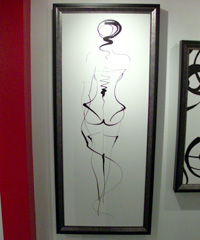 The museum’s organizers are interested in sex law, and in the entry foyer visitors will find a listing of pertinent court decisions going back to 17th-century England. A sign inside the museum lists “The Basic Sexual Rights of Adults,” which covers 10 points, two of which are worth quoting here.

No. 2: The right to sexual entertainment, freely available in the marketplace, including sexually explicit materials dealing with the full range of sexual behavior.

No. 3: The right not to be exposed to sexual material or behavior.

To me, those are the two most important rights of the 10 listed. If you’d like to read the other eight, then by all means drop by the museum at 3275 Industrial Road between 11 a.m. and midnight, seven days a week. Admission is $15 for adults, but Las Vegas residents receive a 50 percent discount. Click here for Megan Edward’s newest observations about this museum.

Go ahead, I dare you.