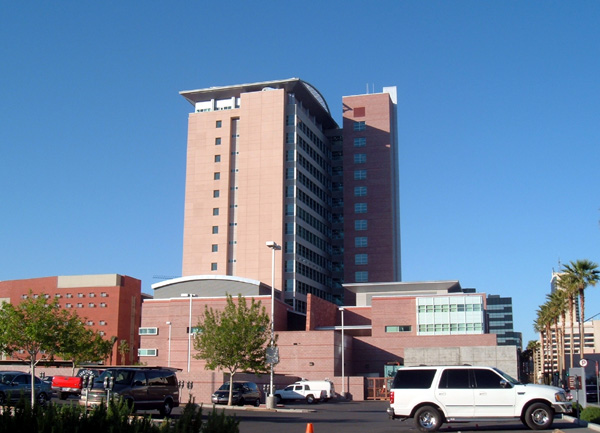 Most criminals bear little resemblance to the colorful psychos glorified in movies and lambasted by cable news personalities. They’re mostly ordinary folks. Chances are that if you know a criminal, he or she has more in common with the people I saw on a visit to Las Vegas’ criminal court than with Michael Corleone, the Son of Sam, or Charles Ponzi (namesake of the pyramid scheme, which has made a bit of a comeback of late).

On my way to the downtown Regional Justice Center at 200 Lewis Ave., and eventually to that building’s municipal court, I passed a bail bonds business with a full-scale in-ground barbeque oven in the yard. I guess some good hamburgers and ribs give a marketing advantage to those seeking the business of the incarcerated and their relatives and friends. Also near the courthouse stands a wedding chapel, perhaps for those who might bolster their defense by invoking the marital privilege against testifying. 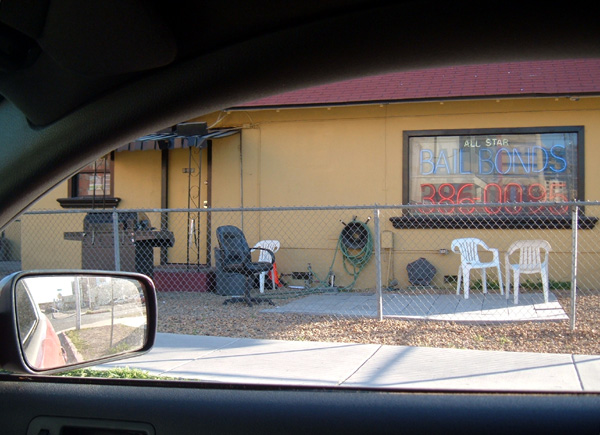 Inside, I wandered into the traffic commissioner’s hearing room. A bailiff advised me to come back a bit later for the next batch of cases (I guess I blended into the sea of violators—hooray!). When I mentioned I was just there to observe, she smiled and advised me, “This is traffic. If you want to see the juicy stuff, go up to the fifth floor.”

Upstairs, I entered the courtroom of Judge George Assad, a man who emigrated from Syria as a child and now presides with quiet authority over the municipal court of Sin City. Other players in the small, carpeted courtroom that day included an assortment of defendants, police officers, the judge’s staff and an armed marshal. I couldn’t help but notice that one of the administrative staff bore a striking resemblance to Charlotte Ayanna, the charming actress who played Ethan Hawke’s wife in “Training Day.” Two lawyers, a shopworn defense attorney and a younger prosecutor held fort at the two tables facing the judge.

In what would become a recurring pattern, the first man in the crossfire got 60 days for a DUI offense, suspended for six months. If he keeps out of trouble, he won’t face any jail time. Our system is forgiving for those who take advantage of it. The next defendant was Jack Handy—I wanted to ask the judge whether he was the Deep Thoughts guy from “Saturday Night Live,” but felt a stronger urge not to become the subject of my own story. The T-shirt-clad Handy entered a guilty plea, but walked out with his deep thoughts free.

The judge and his staff were efficient and professional in moving through what must be a grind. They processed seven cases in about 30 minutes, but still ensured that the defendants understood what their plea agreements entailed and how to comply with the terms. The disposition of some cases led to the dismissal of the police officers, all of whom eventually left without testifying. 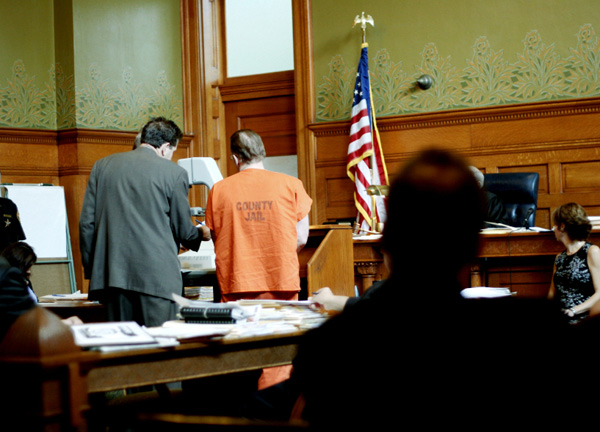 A Spanish interpreter came into the courtroom, soon followed—from a different entrance—by a short man in shackles and an orange jumpsuit. His surname was apparently “Inmate.” The man had been busted for drunk driving while under a suspended sentence for a previous DUI offense, and he was an immigrant with a previous bust for improper entry into the U.S. He left, still in shackles, and the judge advised that the immigration authorities be notified.

The conscientious officers of the court continued slogging through the docket. Periodically, the marshal would enjoy some candies from a little box—Nerds, I think, a choice at odds with his commanding presence. A defense attorney reported that his client knew of the court date but was a no-show. A bench warrant issued, and now the client faces another arrest and more trouble. Here’s an observation from my time in court: Civility, courtesy and respect for the process, from the traffic stop through all the court dates, are worth Johnnie Cochran’s weight in gold. The administrators of justice for run-of-the-mill criminals are fair people. 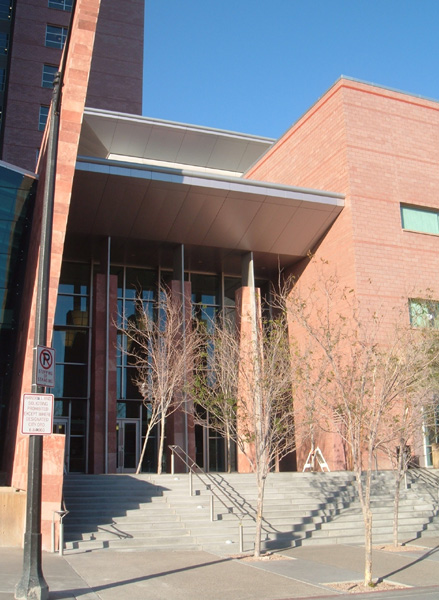 Photo by Chris Arabia
Justice is served daily behind these doors

One of the last cases I saw provided the biggest surprise. A man charged with domestic violence battery got the standard 90-day suspended sentence. But his somewhat aggrieved “Yes, sir” and “No, sir” routine broke down when Judge Assad asked him to explain why his wife ended up with scratches during an incident that occurred while she was holding their child. I could tell the defendant was on thin ice when he challenged the judge’s inference that he had battered his wife. The wife was in the room, and after listening to her story, the judge was frank in addressing the defendant, “I don’t believe you. I believe her,” he said, then withdrew the suspension of the first few days of the sentence. The marshal cuffed the man right then and there—he would spend a little time on the inside. I wanted to applaud the judge for declaring, “There’s no excuse for domestic violence.”

The most poignant scene I witnessed that day was the wife, standing in front of her seat with a supportive relative or friend at her side, covering her hand with her own. The friend moved her finger up and down along the wife’s hand, letting her know that it would be OK—at least for the time being.

Justice administration in the Valley is largely a series of moments such as those I saw on my visit to the municipal court last week. It’s not like “Law & Order”—the big, glamorous trials are rare exceptions. Most of the time the criminal courts are more like “Night Court”—except without the Emmy-winning wackiness and surly bailiffs. They just do a good job, unsung.

4 responses on “Justice Is Served”