When I was a kid, I had only a vague idea of what my dad did for a living. He was gone 12 hours a day, and it wasn’t unusual to wake before dawn to his singing in the kitchen. Although it was still dark, he was up fixing breakfast and perking coffee. Often the song was Tom Lehrer’s “The Wild West Is Where I Want to Be.”

Along the tra-ail you’ll find me lopin’
Where the spaces are wide open
In the land of the old A.E.C. (Yee hah!)

He paused, and the spatula scraped and the bacon gave a jaunty sizzle as he flipped it.

Where the scenery’s attractive
And the air is radioactive
Oh, the Wild West is where I wanna be.

Mom would be up, too. Her job, when she chose to accept it, was making lunch for Dad, who roamed the mesas during his lunch hour. He’d come home after dark with stories about kit fox family reunions, coyotes homesteading with a fresh litter of pups, and the occasional rattler escapade. 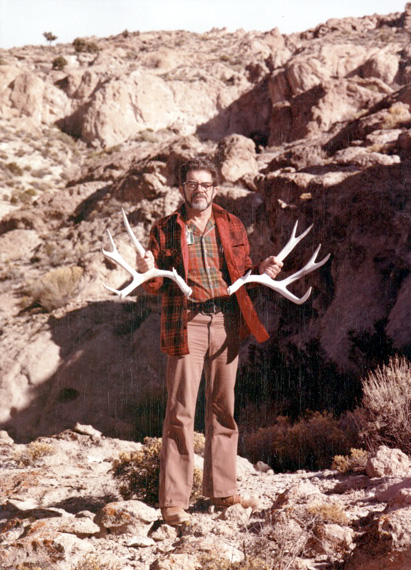 Snake stories were usually sad and involved the demise of the slitherer. My father, never meeting a critter he didn’t like, didn’t understand the antipathy reptiles could generate. “Every animal has its place in the world,” he’d say. Then he’d go into a spiel on discrimination against the legless. Once he had to kill a snake which had gotten too close to a nervous Nellie co-worker. He used his dinner fork to stab it, and never one to waste food, he used the lid of a tin can to clean it before cooking. According to Dad, rattlesnake tastes like chicken, but has a lot more bones. Buying into the Theory of Evolution, I might argue that chicken tastes like snake.

So imagine my amazement a few weeks back when I accompanied Dad to the Atomic Testing Museum and discovered that he hadn’t been some sort of wildlife wrangler, he’d actually worked in the atom bomb business.

“How the heck did you ever get such a job?” I asked. 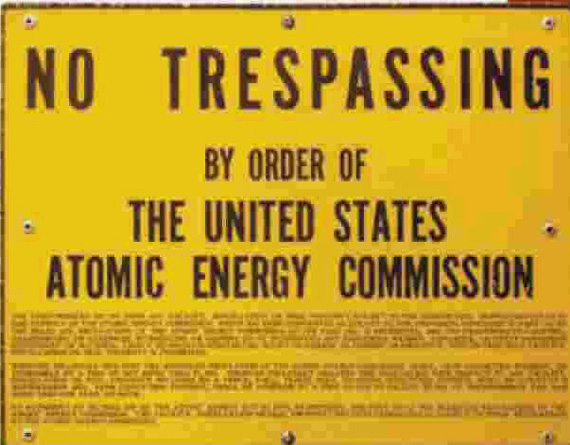 He explained that President Kennedy’s decision to resume underground testing opened up a career field that had not been widely available. Since Dad had already spent a few years ingeniously hiding missiles in silos, he was ready to try his hand at a job with a little more home stability. So when he discovered that Lawrence Radiation Laboratory in Mercury was looking for a liaison engineer, Dad sent off his resume and got the job. He was a little surprised to be hired as he wasn’t entirely sure what a liaison engineer actually did. He found out later that he got to explain to the contractors how to build the equipment that the scientists needed for their experiments.

Our first stop on the museum tour was a satellite photo of some perfectly round holes, craters produced by the lab’s underground tests during the ’60s and ’70s. Dad pointed out Spooner, a crater far to the northwest on the map, as his favorite shot. 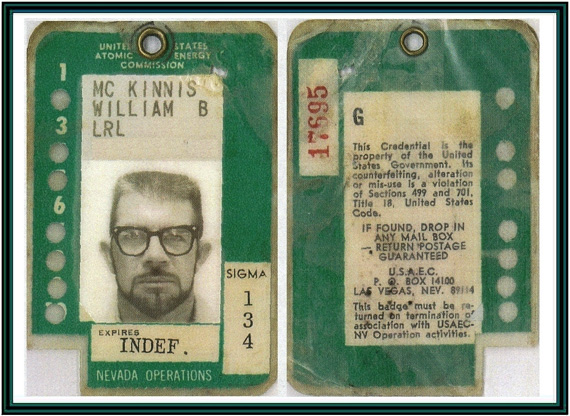 Atomic Energy Commission
Old-style badges had the corner clipped off to let radiation leak
onto film held in the badge holder. The numbers not punched
out indicated the places the badge wearer had access to on
the Test Site.

“We were on the bus two hours to get to the test-site gate, then we drove another fifty or so miles before we got to work,” he said. I studied the photo, but even squinting my eyes, didn’t see a single snake or coyote. This was totally ruining my concept of Dad as a combination Indiana Jones and Dr. Doolittle.

We ambled down to a photo display of former test-site employees. One man looks like the Marlboro Man’s shorter and blonder brother, a mustanger in charge of wild horses.

“Cool,” I remarked, but thinking, There’s a job that’s been downsized in our new-world economy.

We meandered past a huge slab of what looked like fused glass in a millefiori pattern: melted foam-flex, coaxial and multiconductor cable. Atom bombs are HOT. 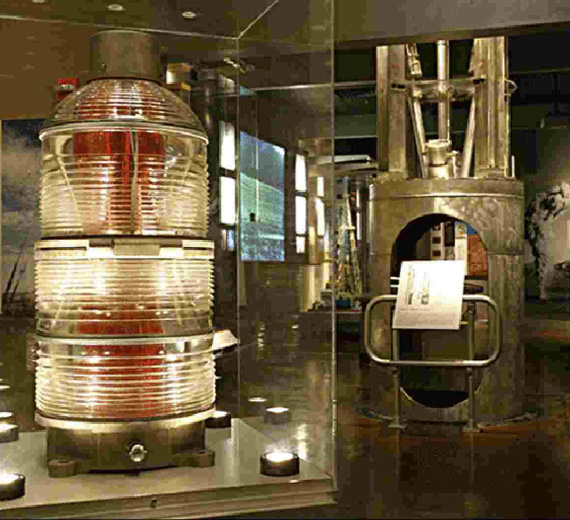 Finally we came to the Geiger counter exhibit: the BEST THING EVER! I grabbed up the working model and waved the wand over various items. A piece of uranium ore, an illuminated clock dial and – the pièce de résistance – a clicking-hot piece of orange Fiesta ware, no longer in production because they can’t get the uranium to make the glaze. I waved the wand over the plate again and again, imagining all the fabulous dinners I could cook without a stove. What a hoot! No more gas bills.

The last stop was the gift shop. There were plenty of great T-shirts and mugs, but what I really wanted, and they didn’t have, was a sign warning, “Caution: Radioactive”. That would keep the neighbor’s car out of my parking space.

“So, Dad,” I asked. “Why didn’t you ever talk about what you really did for a living?” I was a little embarrassed by my childhood notion that he was some sort of a park ranger who spent time extracting picnic baskets from Yogi Bear.

“Well,” he said at last, “it was classified.” Then he grinned a little sheepishly. “Besides, I didn’t want you to think I was boring.”

7 responses on “Dad and the Atomic Testing Museum”