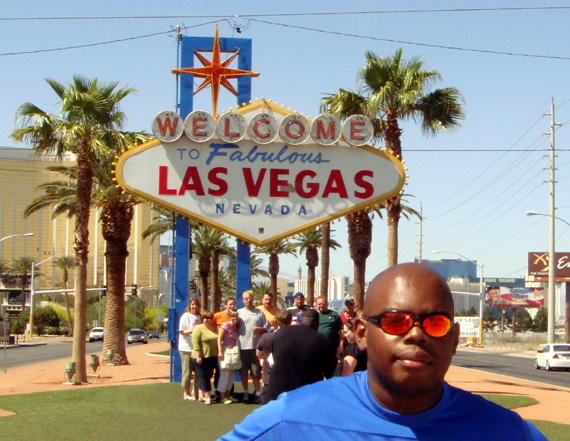 Las Vegas is a crazy, happening place, with over-the-top entertainment on every corner: world-renowned acrobats, casino action, light and water shows, flame-blowing bartenders – you name it. Drawn by the promise that “What happens in Vegas, stays in Vegas,” hundreds of thousands of visitors converge on the Valley every week. Crowds sometimes add to the fun for locals, but have you ever wanted to spend your day off in a more relaxing environment? Well, there is a lot to do before the tourists and the weirdos come out to play.

Me, I’ve got my Saturday routine down pat.

My alarm wakes me up at 11:30 a.m. I work in law enforcement, and crime doesn’t stop just because it’s “quitting time,” so after a week of working long shifts, sleeping in on my day off is a must. I sit and groggily watch the news for 30 minutes before heading downstairs. Every day I hear amusing noises from Matilda, my American bulldog, when I first see her in the morning. Usually it’s a snore, but on Saturdays it’s more like a snort – the snort she makes when she’s happy and panting with excitement. Instead of sleeping on her doggy bed, she is standing eagerly at the front door. It may sound silly, but I think she can tell which day it is. We head out for our Saturday stroll, which differs from the usual “Hurry up and poop” walk. We go to a nearby construction site where Matilda gets to run off leash and fill her coat with as much dirt and sand as she desires. 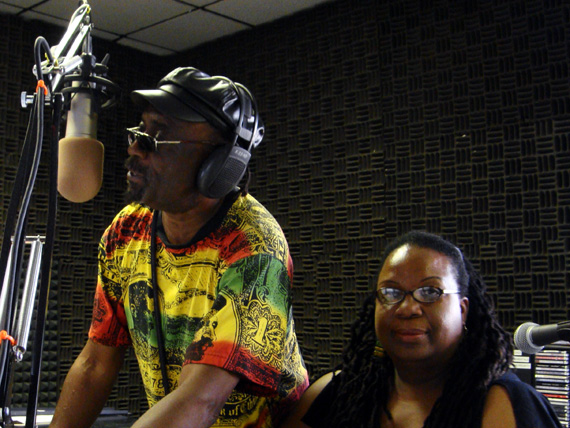 By 12:30 p.m., Matilda’s back in the house and I’m on my road bike headed down the hill to a Samurai Sam’s restaurant five miles away. Between the pedaling and evading Las Vegas drivers, my heart rate gets well above the aerobic level. At the restaurant, a small chicken teriyaki bowl is the fuel of choice for my return trip uphill. Did I mention that my bike has no gears? No, nothing to ease the pain, so I tune in to FM 91.5 KUNV on my Walkman (yes, I still have a Walkman). “Little Grass Shack” is playing with DJs Emory Nihipali Jr. and Paul “Pu’ukani” Sebala at the controls. I escape into some Hawaiian reggae. My legs are in hell but my mind is on a beach in Maui. This radio station is the soundtrack for my Saturday afternoon. 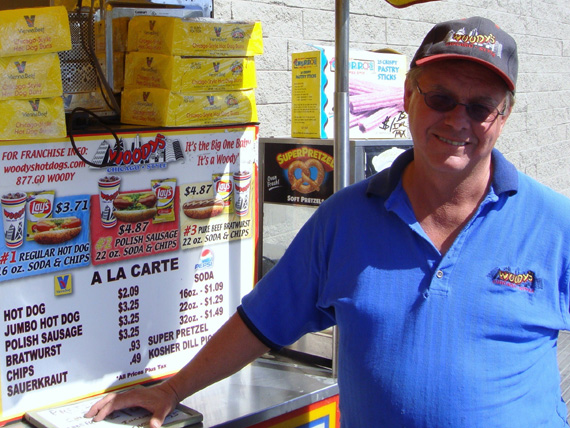 I get back home around 1:30 p.m., freshen up, and then head out to the Pheasant Cigar Company. At this point Stan Rankin-T is on KUNV along with Sister Margo, hosting “Reggae Happenin’s.” Between the two of them, there’s over 50 years of musical experience. Stan owns Caribbean Lifestyle, a music shop on South Las Vegas Boulevard; he also has his own band and record label. Roots and reggae will pulse through my car stereo for the remainder of the afternoon.

Arriving at the Pheasant, I head straight for the humidor, tossing a greeting to the owner.

I step into the humidor and the smell of Spanish cedar and quality, hand-rolled tobaccos stops me in my tracks. Coming out of my trance, I grab a JFR Maduro from a box and choose my secondary smoke; it can be a Triple Maduro or Double Ligero but it has to be full-bodied. I return to the car, crank up the volume on the radio, and light my cigar. Ahhhh. … Stan and Sister Margo add to the relaxation as I cruise the streets to the Lowe’s on South Fort Apache Road to cure my weekly bout of homesickness. Al is there braving the desert sun at his hot dog stand, home of some of the best spicy, Chicago-style Polish sausage in Las Vegas. A whole meal for $5! 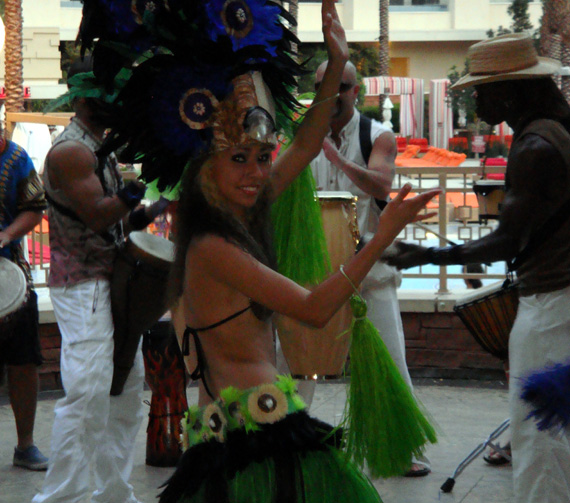 Now it’s time to cruise up the 215 Freeway to the Red Rock Casino. I meet some friends at the Lucky Bar, where bartenders Jennifer and Carolina ensure that a glass of single malt Macallan arrives neat and promptly. We watch TV, argue over sports, and end up on the pool deck, where a band and a group of hula dancers perform on Saturday afternoons throughout the summer.

On the way home, I stop by the Strip and take in the sights until I hear the signal … “Woo-hooooo!” – the infamous “drunk scream.” The tourists have arrived and that scream is my cue to head back home. “Nothing But the Blues,” with Brian Spencerm makes the ride as smooth as can be.

My Sin City afternoon – a splice of the islands, a touch of recreation, and a ton of relaxation – has reached its conclusion. Until next week.

2 responses on “A Sin City Afternoon”