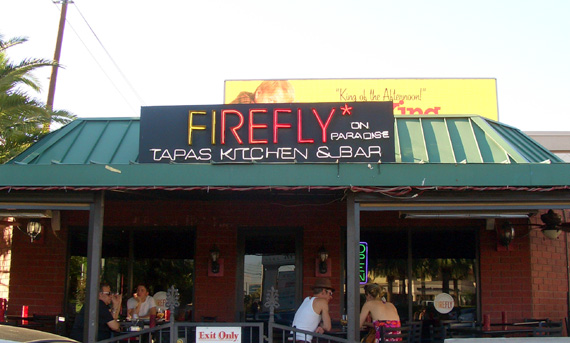 I stared at the e-mail invitation: Want to meet us at a tapas bar for happy hour?

“You ever been to a tapas bar?” I yelled down the hall to my not-insignificant-other.

Oh sure, Spain. Rub it in: the fact that he’s got books published, and I don’t; the fact that he travels around the world, and I don’t. As a Las Vegas native I know that sooner or later the world comes here. We have an Eiffel Tower, some Venetian canals, an Egyptian pyramid and the Statue of Liberty. I’ve been in traffic jams caused by presidents, popes, icons of rock, and the stars of “America’s Most Wanted,” so there’s no way I’m going to pull on a pair of idiot mittens and play the role of urban bumpkin. I leapt to my computer and started Googling tapas. 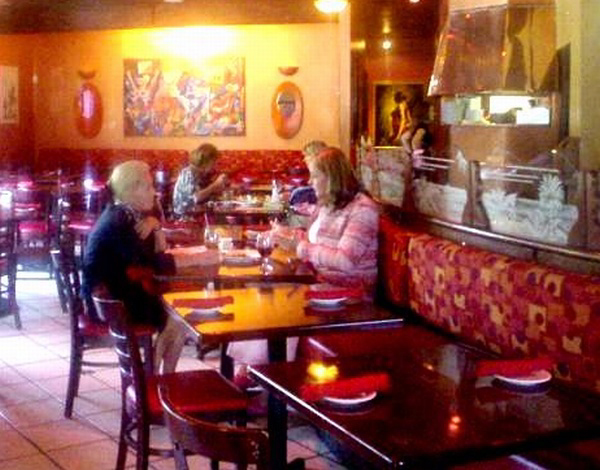 Photo by Athena Pisanello
Eating small works of art, surrounded by big ones

King Alphonso, the extremely well educated, is usually credited with putting this dish on the menu. On his way to battle the Moors he stopped off at an inn in Cadiz and ordered a sherry to go. The waiter, hoping for a good tip, plopped a slice of salami over the top to keep out flies and other particulate matter. Alphonso liked the combination so much he ordered another drink “with the same cover.” As the Spanish word for “cover” is tapa, a new menu item was coined.

And so, armed with my newfound knowledge of all things tapal, my not-insignificant-other and I met our friends, Eric and Laura, at Firefly, a tapas bar on Paradise, between Flamingo and DI (Desert Inn for you non-locals). The experience was just as electric as it sounds. We were seated in those barstool chairs that always make me feel like my mom is going to slide a tray over my lap, our feet dangling far from the floor. While my friends sampled the various mojitos, I dove right into a chillin’ red sangria which, according to the menu, had been marinating for three days. I couldn’t tell, but I was pickled by the time I worked my way through the apple and orange slices. 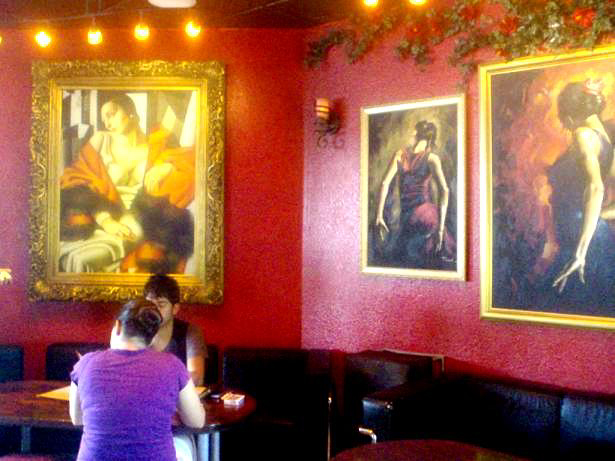 Like nachos, tapas has no singular, but unlike nachos no two are alike. Dining on tapas is like eating an entire meal of appetizers. They come on little plates you share with your pals. Très cool. Being a total neophyte, I wanted to hold off on ordering so I wouldn’t make a mistake, but Eric and Laura, experienced Tapateers, refused to allow any weenie-ing out and made me pick. I closed my eyes and let my fingers do the walking – mushroom thing in puff pastry. Laura ordered the empanadas, Eric got the bacon-wrapped dates stuffed with almonds, and my not-insignificant-other ordered deep-fried calamari plus a couple of salads. “You don’t get green salads at the tapas bars in Spain,” he pontificated. Blah, blah, blah.

Had there been any dish less than great, we could have passed on it at a very reasonable cost, but Firefly specializes in WONDERFUL, each bite better than the last. Passing around the plates, we stabbed the food with sharply honed forks, the task requiring greater dexterity and motor skills after drinking all those sangrias and mojitos. 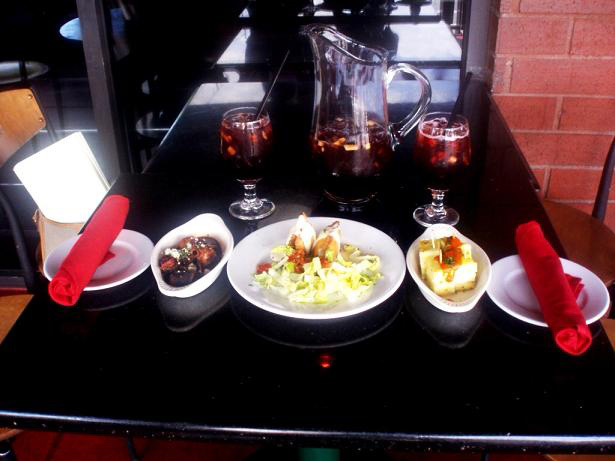 Photo by Athena Pisanello
Bacon-wrapped dates, shredded pork empanadas
with crunchy outsides and meaty insides, & tortilla
a la Espanola made of egg, potato, onion, and garlic
–all of them yummy, especially with sangria to wash
them all down.

Although the restaurant is close to the Strip, it is far enough away to maintain its dignity. Some traffic sifts down from the hotels to the west, but a lot of the customers are locals. A family reunion at the table next to ours gave us the perfect bird’s-eye view on relationship formation and dissolution. As we discussed writing issues and the state of the nation, our opinions became more and more profound with every drink. When I got up to weave my way out of the restaurant, I found the floor had dropped another six inches, and the walls had slanted to my left.

Although we only got started on the menu, I can’t wait to advance all the way through. The best of Spain has clearly arrived in Las Vegas. I knew it was only a matter of time.