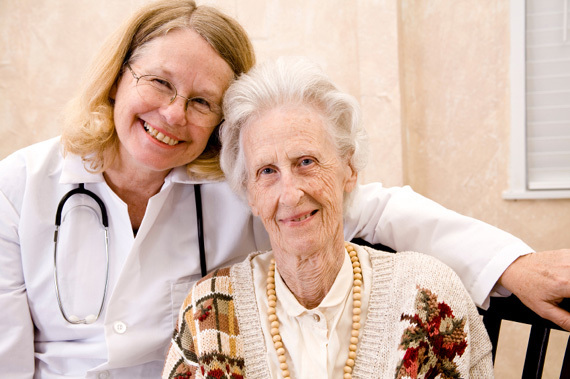 “Even Jesus would have crossed the street if he’d seen me coming.” That’s what I tell people about my depressed and miserable state six years ago, when I arrived in Las Vegas after a midlife divorce. I wasn’t kidding. I had no job, no friends, and I felt thousands of miles away from anyone who loved me. So what was one of the first things I did after I arrived? I signed up to be a hospice volunteer.

In my comedy act, I used to joke that I became a hospice volunteer because I wasn’t good with long-term relationships. But the truth is, I believe that helping other people is the best thing you can do when your own life is in the crapper. And that’s exactly where mine was at that time.

I became familiar with the hospice program when my grandmother received home hospice care after breast cancer progressed into her bones. After her death I decided to become a home care volunteer, which meant I helped patients in their own homes, often running errands or doing laundry or light housekeeping—the very tasks I put off at my own house. 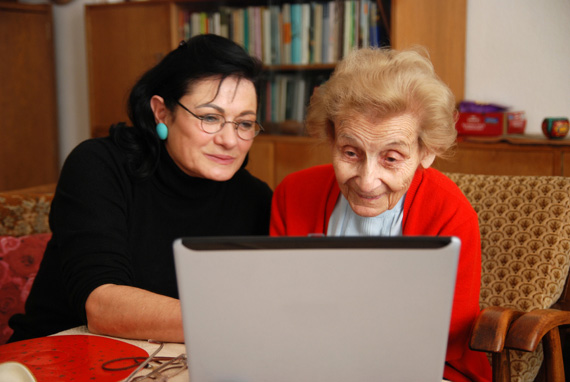 My first patient was a sweet little lady I’ll call Chickie. On my first visit, she had me take her down to the DMV to renew her driver’s license. Given her prognosis, I found her optimism endearing. But the joke was on me; Chickie lived almost until her license came up for renewal again. In fact, she outlived my father, who died suddenly of a massive heart attack at a considerably younger age. It was like, whoever thought Bill Bixby would go before “My Favorite Martian”?

According to the National Hospice and Palliative Care Organization, “Hospice care is centered around the belief that all people have the right to die pain-free and with dignity, and that their families will receive the necessary support to assist them.” Hospice care is an option for patients with a terminal diagnosis who are no longer pursuing aggressive treatment, which leads some people to equate hospice with giving up hope. But it’s not uncommon for hospice patients to live longer than expected because of the quality of care and services they receive. Chickie and my grandmother were admitted to the hospice program with a prognosis of six months or less; each survived over two and a half years—longer than the marriage that resulted in my move to Las Vegas.

A few weeks after I arrived here, I contacted Odyssey Healthcare of Las Vegas and for over a year I volunteered in their inpatient unit on McLeod Drive, off East Flamingo Road. It’s a bright, lovely facility and almost every patient’s room has a daybed to accommodate visitors, who are welcome 24/7. As with every hospice I’ve volunteered with or visited, the medical and support personnel are angels. 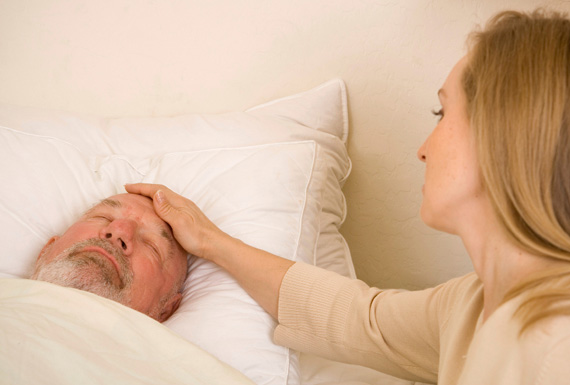 As a volunteer in the inpatient unit, I’d deliver fresh ice water, talk with patients who were up for conversation, and provide support to family members. Often I just sat at the bedside of patients who were no longer responsive. I’ve seen people—relatives, chaplains and nurses—talk to patients in that state, believing their words can be heard right to the very end. I, however, felt that nothing would send patients rushing toward the light faster than a Chatty Cathy like me bending their ear, so I’d just sit next to them in silence. You might think that sounds depressing, but it wasn’t. It is a privilege to be with someone at the end of life, and there is a comforting, meditative quality to keeping company with a patient whose transition is imminent.

I got much more from my volunteer experience than I gave. I met one home care patient for the first time on a day I was feeling particularly distressed over my divorce. In an effort to make small talk, she made the innocuous comment, “I bet you have a nice husband at home,” which prompted a flash flood of tears. Who would have thought that this poor elderly woman, who had maybe another month to live, would end up comforting me? As it turned out, I think she liked hearing about somebody else’s problems for a change, and we came to be good friends.

There are about 10 organizations in the Las Vegas Valley that offer hospice care. Hospice patients receive services in their own homes, in freestanding hospice centers, in hospitals, and in nursing homes and other long-term care facilities. Besides providing companionship to patients and support to their families, hospice volunteers can provide office and administrative help such as filing, copying, answering the phones and assisting with mailings. Volunteers come from every walk of life. The only requirements are a background check, TB screening and attendance at basic training. Most importantly, volunteers must be willing to open their hearts to patients and their families.

There may be no better time to open your heart than when it is breaking. That has been my experience. But if you’re going to have a meltdown like I did, better to do it on your therapist’s couch than on your patient’s.

If you’re interested in learning more about becoming a hospice volunteer, do a Google search to find a facility near you. To learn about volunteer opportunities with Odyssey Healthcare, contact Julie Determan, manager of volunteer services, at 702-693-4904. They’ll be very happy to talk to you, I can guarantee.

13 responses on “Hospice Volunteering: Do It for the Patient, Do It for Yourself”