Last week, I spent hours searching for “lost” photos: photos I had taken and printed, but that had disappeared from my iMAC iPhoto files. After searches of my photo files, then searches for support online, and finally an expensive phone call to Apple, I finally discovered the problem. I had purchased a new camera and had not properly updated the date and time function on the camera. After my photos had appeared as uploaded, iPhoto then stored them according to the date on my camera. The camera was made two years ago, so the photos were stored as a February, 2009 file. I had asked iPhoto only to show photos that were taken within the last 12 months, so my new photos “disappeared”. I found the pictures by asking iPhoto to show the older photos. I have since, of course, changed the date on my new camera.

And the point is? When searching through all my recent files for the lost photos, I found some pictures that will now make up the rest of this article. These are photos that need only a caption to say what I was thinking when I took them:

And speaking of palm trees….

On the other hand…. 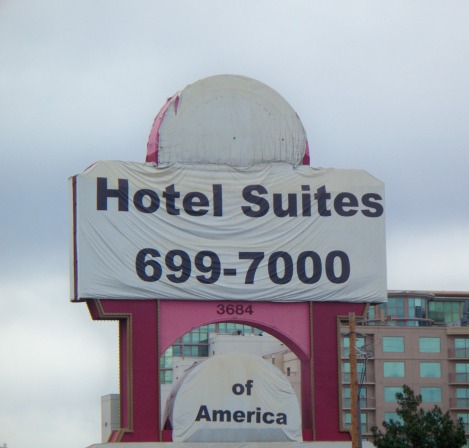 And finally…some of the best of Las Vegas: two views of plant life in the still lovely tropical garden at The Mirage Hotel & Casino and a cab rider’s pleasant view of one end of the lake surrounding The Fountains of Bellagio.

3 responses on “A Photo Album of Extras”