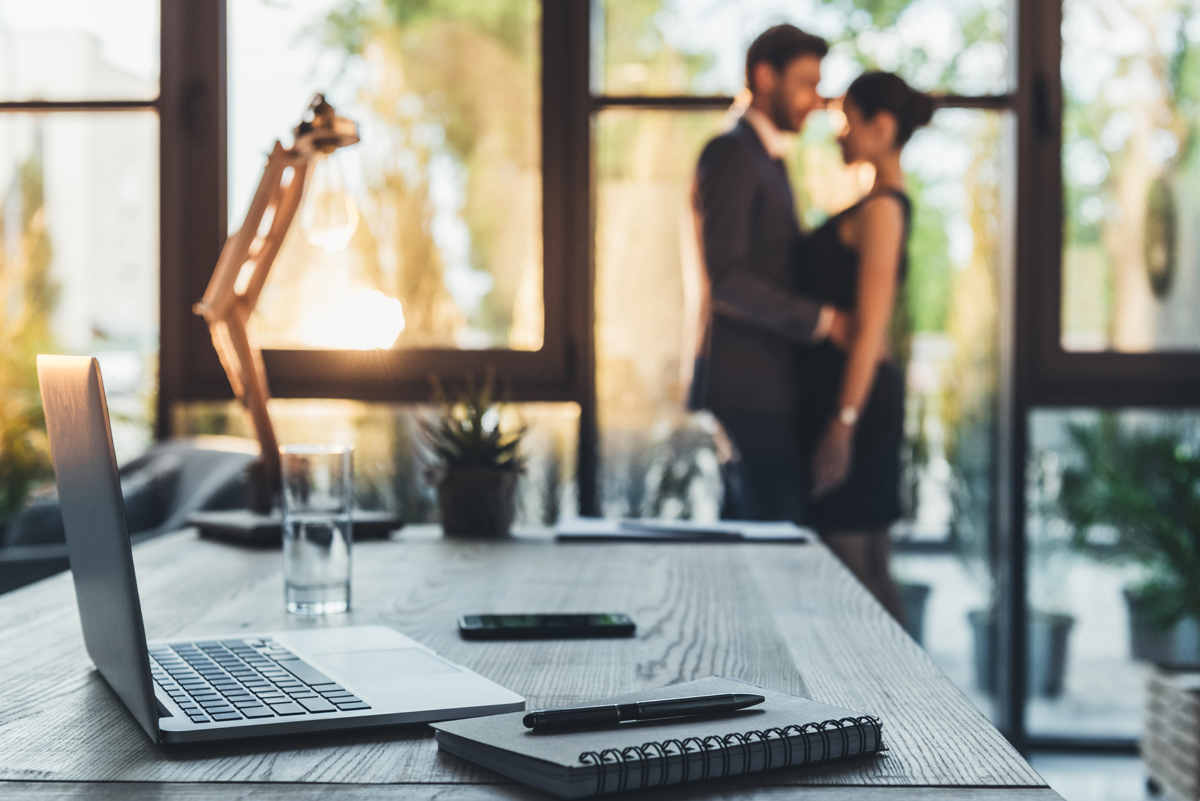 The very successful Chief Executive at Intel resigned last Wednesday after admitting a consensual office romance. We are told Intel policies prohibit “managers” from having sexual or romantic relationships with direct or indirect employees. The policy is well-intentioned, I’m sure. Romances can create awkward situations and even can disrupt families, but is such a policy practical?

I worked at a Chicago manufacturing company for 39 years. My company made sophisticated electrical equipment and in no way did we have a “Mad Men” type environment.

We had a family company, with many people spending their careers at just this one company. Employees had relatives (spouses, children, fathers, etc.) working at the company as well. In the spirit of togetherness, the company also sponsored bowling, golf and archery leagues and baseball and basketball outings, meaning we got to know each other socially as well as professionally.

Our company had no rules about company romances, so romances took place, from the top down. Some of the romances were ill-fated, but many of the successful couplings resulted in marriage, children and lifetimes of happiness. Furthermore, those of us who worked at the company would have missed out on some juicy gossip had we had a non-fraternization rule.

Example: The owner of our company was divorced (or about to be divorced) when he hired a bright beautiful (single) 35-year-old secretary. He appreciated her abilities and independent spirit; she admired his intellect. They worked long hours and romance bloomed. They attended some out-of-town conferences together, and the ladies in accounting started talking. Eventually the owner and his secretary got engaged, and when she showed one of the top engineers her engagement ring, he asked, “Who’s the lucky man?” (Engineers never knew what was really happening at the company.) The owner and his secretary married, and the secretary eventually handled employee communications which meant she hired me at the company. Without an office romance, I may never have had that 39-year-career. (This particular romance was filled with drama, but those stories are for another day.) The owner and his wife stayed married for the rest of their lives.

Two vice presidents of manufacturing at our company had company romances that we all knew about. One was married at the time and did leave the company with his lady friend who worked in our factory (eventually they married and divorced). The other vice president was divorced and courted a divorced personnel manager. We knew something was up when that second vice president spent a good deal of time in that personnel manager’s office getting “advice”. The two ultimately married and both were far better for the union. He became a devoted step-dad to her children; she was a moderating force on his military-trained idea of management. A great couple.

Lots of other romances took place at our company, up and down the organization chart, producing many fun couples who made life in and out of work so much fun. In fact, my husband and I had best friends who were a couple who met at the company and then ultimately retired with us to Las Vegas. This couple often said they found their soul mates when they found each other..at the company.

No one wants a company where unwanted sexual harassment takes place, but I look at stern rules like Intel’s regarding consensual company romances as being as effective as Prohibition. People will do what they want to do, what Mother Nature dictates. My guess is that given time such policies as Intel’s will gradually disappear. People who are thrown together all day every day…are going to fall in like and in love…and the consequences are part of adult life — gossip, time-wasted on the job, broken hearts, perhaps an expensive divorce, but also in many cases, a lifetime of love and affection. The same thing happens in church groups, volunteer organizations, schools, armies or any place where grown folks spend time together. Careers can be ruined by company romances and people need to be smart about such things. And yet….

Many people I know have no regrets about taking a chance on workplace romances.

This site uses Akismet to reduce spam. Learn how your comment data is processed.